In the last few years, virtual reality has gone from a fringe technology to a top-performing niche within the broader tech industry. This is in no small part thanks to companies like Facebook, Google and Samsung all making significant investments in VR.

And while these large corporations may lead the way for the rest of the industry, there are also plenty of smaller players that are making waves with their own innovations and implementations of VR.

All of this attention has led to a massive surge in funding for virtual and augmented reality startups. In Q3 alone, investors allocated $1 billion towards VR and AR companies, with another $2 billion in deals coming soon after.

To help you stay on top of all things VR and AR, we’ve compiled this handy list of the top 6 virtual reality companies you need to know about right now.

Groove Jones is a top-of-the-line virtual reality company that focuses on making the very best Reality altering products possible. The talent has worked with some of the biggest names in the business like Universal, NBC, and Samsung. Their creative leads have worked on films, commercials, and amusement rides.

Groove Jones also creates and deploys great virtual reality and augmented reality mobile applications. They are all about delivering high-quality applications to businesses all over the world.

Gramercy Tech is a state-of-the-art technology-focused reality-altering company. They create physical and digital worlds, both of which are designed with the customer in mind. They hope to create experiences that no one will forget and that make customers exclaim with excitement.

Gramercy Tech’s work on holographic and physical mixed reality means that they are always looking to push the boundaries. They have worked with Bloomberg, Facebook, and Blizzard Entertainment to name a few. They also create unique interactive experiences for corporations and their employees.

For instance, they created an entire virtual reality bike race for the team members at TD Ameritrade to encourage giving. If you are in the market for experiential mixed reality then Gramercy Tech is the business for your needs.

Fishermen Labs is a Los Angeles-based virtual reality company that pushes design to the limits. They have worked with the United Nations, Vizio, and the NFL. That client list tells the story of their incredible design work in the mixed reality space.

They have a long list of talented and creative employees that do their very best to keep development on time and transparent. Their satisfied customer base tells the story of this successful and dynamic virtual reality company.

PlayStation has dominated the home consumer virtual reality market with the PSVR. The system, which is comprised of a headset, motion controllers, and a camera, is lightweight and impressively effective given the price and specs. Making the jump to virtual reality easier has made them the name in consumer VR. Since its inception, PSVR has sold over two million units with no signs of slowing.

Thanks to their massive success we can now look forward to a bright future filled with amazing applications for their virtual reality system at home.

Microsoft has been making hardware for over twenty years. It is little wonder then that they are one of the leaders in the virtual reality space. While there is still an absence of virtual reality on the Xbox One, that has not slowed down their technological progress as they continue to develop advanced mixed reality equipment.

Their headset, called Hololens, is an incredible device capable of melding virtual reality with augmented reality. This expansion of technology means that we will most likely see a hybrid technology from Microsoft in the coming years. They are the kings of the hardware world and now they are leaving their impressive footprint on this exciting and new technology.

Next/Now focuses on bringing real-life experiences to customers who wish to travel far away or bear witness to incredible feats. They use advanced technologies like motion mapping and gesture recognition to provide users with deep, interactive experiences that they will never forget.

Next/Now also brings the very best in sports and entertainment to users’ living rooms. They boast a client list featuring the likes of Intel, Crown Royal, and John Deere. They are a formidable digital experiential marketing that uses the best technologies available to bring the world to your living room.

Gramercy Tech, on the other hand, is focused on pushing the limits of technology. They hope to imbue virtual reality into physical entertainment machines. This fusion-style business is for those companies who wish to really push the envelope and beat the competition. Then you have the powerhouse businesses of PlayStation and Microsoft.

PlayStation is using its resources to create the premier headset for home entertainment consoles and they have effectively accomplished that goal. The price point and the power of the technology have almost single-handedly surged the virtual reality market and given it no signs of slowing.

Microsoft has used its resources to create the next generation of virtual reality technology by fusing mixed reality technologies. Their hope is to make an all-in-one headset that can completely change the way you interact with your world. 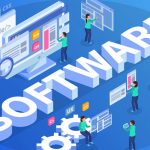 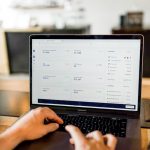 How to Use Predictive Analytics in Retail 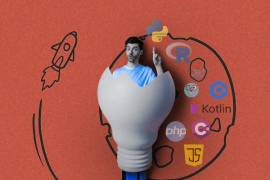