Selenium plays an integral role in automation testing, while software testing is a crucial part of software development. Before it is released into the market, it is essential to test it to measure the effective performance of the software/product.

Though every software is tested properly before launch, they have a bunch of errors and defects. You should make sure to come up with software which does not have any defects.

Software testers should make sure to find the errors and bugs before release. Automation testing has become the need of the hour owing to different benefits, associated with it. It is beneficial in enhancing the efficiency and effectiveness of the software.

Selenium is a widely used automation testing tool, used by software testing companies for its wide array of benefits. Software testers prefer to choose Selenium over other tools owing to its simplicity, availability and ease of use. In fact, this tool has become the number one choice for automation testers.

Different tools are available in the market, which includes Unified Functional Testing, Rational Functional Tester, Tricentis, Watir, to name a few. Jason Huggins came up with the very first Selenium testing tool in 2004.

The story behind the name

The name Selenium was procured from a funny email, which was received by Jason’s team from him. While developing the tool, Mercury Interactive came up with a well-renowned software testing tool. As Selenium is capable of curing Mercury poisoning, Jason gives the tool the name. This is how the name Selenium was derived.

Selenium is also known as Selenium Suite as it comprises of the collection of four different components of tools, which are Selenium Remote Control, Selenium Integrated Development Environment, Selenium Grid, and Selenium WebDriver.

IDE or Selenium Integrated Development Environment contributes to being an easy-to-learn and simple tool, which is present in Selenium automation testing suite.

Selenium Integrated Development Environment happens to be a Firefox plugin. It is possible to install this plugin for the execution and recording of different test cases frequently in no time.

The web browser’s user interactions get recorded, whereas test cases are generated, based on different recordings. End users can consider playing back such test cases repeatedly. While Selenium Integrated Development Environment is easy, you cannot use it as the prototype to write different advanced test cases.

This tool is used for solving the problems of Same Origin Policy. According to this policy, it is not feasible for the JavaScript code to get access to other domain’s elements, which are unique from the parent domain.

As the JavaScript program makes use of the code which is written for a specific site, the SOP will provide the option to get access to the page’s website, like abc.com/blog, and restricts entry to different domains.

Before the development of Selenium RC, the software tester would install the copies of the web server and selenium Core along with web applications which would undergo testing in a way that both of them would belong to the same domain.

Role of Selenium RC in resolving the SOP problem

Selenium RC works in a way that the browser considers that both the webserver and Selenium Core along with the web app which would undergo testing is part of the same parent domain.

It is achieved by introducing a proxy HTTP server which considers the Selenium RC Client and Selenium RC Server as the dual-component tool.

Selenium RC is regarded as the Selenium Project’s flagship testing tool, which provides the prerequisite option to the user preferred languages to write different test cases. Choosing RC 2.25.0 provides support to different languages which include Java, C, PHP, Perl, Ruby, Python. It is referred to as Selenium 1.

This software was developed in the year of 2006 by Simon Steward for replacement of Selenium RC. Selenium WebDriver offers the prerequisite interface for the execution and creation of test cases.

Such test cases are produced in a manner that the testers can identify the web page elements and perform the required actions.

It was in the year of 2008 when Selenium WebDriver was combined with Selenium Remote Control and came up as a potent tool, which is referred to as Selenium 2 where the WebDriver was kept at the Core.

Here, the Selenium WebDriver makes use of the consistent and contemporary browser automation approach and so it is regarded as the upgraded version of the Selenium Remote Control.

WebDriver is capable of calling the browser directly and so is considered faster. For Remote control, a server is necessary for interacting with the browser. It relies on JavaScript for performing automated web application testing. Every web browser comes with its own set of WebDriver, which includes Gecko Driver, Chrome Driver, IE Driver, HTM Unit Driver, Safari Driver, Opera Driver, to name a few.

It is another popular testing tool which is used after combining with Selenium Remote Control for the execution of test cases. Selenium Grid makes use of Hub-Node design for supporting the execution of different test cases on several machines, located remotely.

Selenium testing tool has become the primary choice of software testers as it offers a wide array of benefits, as compared to the other software tools, available in the market. Selenium offers high tester flexibility for writing complicated and advanced test cases.

In addition to this, this tool supports different test scripts which are written in different user-preferred languages, like Java, C#, PHP, Perl, Python, PHP, Ruby. Besides this, this tool provides support to the execution of the test case on different operating systems like Linux, Windows, Mac, Android, and Apple. 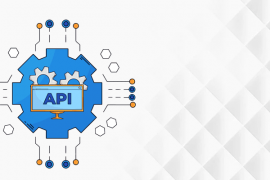 API Test Automation: An Overview of the Best Tools to Use 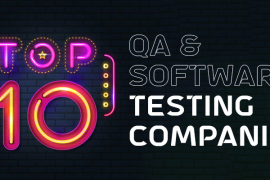 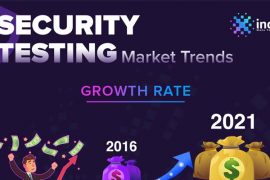