35+ Simple & Interesting Python Projects With Source Code to Try Out

Python is a powerful and versatile coding language, with a wide range of applications. It’s easy to learn, and has become a popular language for many types of projects. If you’re looking to get into coding, or just want to try out some interesting projects, then you should definitely take a look at Python.

Here are 35+ Simple & Advance python projects with source code to try out. From creating a website to writing a game, these projects will get your creative juices flowing and teach you how to use Python in a practical way. With a little bit of dedication and effort, you’ll soon be a Python pro!

If you’ve ever heard of Python, then you know it’s one of the most popular and powerful programming languages out there. But what exactly is it? In short, Python is a high-level, object-oriented programming language that allows developers to create powerful applications quickly and easily.

It’s incredibly versatile and can be used for everything from web and mobile development to artificial intelligence and machine learning. Python is also one of the easiest programming languages to learn. It has a very readable syntax and a large library of built-in functions, making it a great choice for beginners.

Plus, it’s open-source and free, so you don’t have to worry about costly software licenses. With all these advantages, it’s no wonder Python has become so popular. Whether you’re a beginner or an experienced programmer, Python is definitely worth a look.

Are you looking for a project to try out your coding skills? Python is a great language for beginners, and there are plenty of projects that you can undertake to sharpen your coding chops. You can create a simple calculator to gain a better understanding of the basics of Python, or you can create a complex web scraper to put your skills to the test. So if you want to take your Python skills to the next level, why not try one of these Python projects for beginners? It could be the perfect way to get started on your coding journey!

This code creates a list of animal names and randomly chooses one to be the answer for the quiz. It then creates an obfuscated version of the answer by replacing each character with an underscore. The user has a certain number of tries to guess the correct animal name, and the code checks if the user’s guess is correct. If the user runs out of tries or guesses the correct answer, the game ends.

This code defines a function create_acronym that takes in a phrase and returns the corresponding acronym. It does this by splitting the phrase into a list of words, initializing the acronym as an empty string, and iterating through the words in the phrase. If a word is at least two characters long, it adds the first character of the word to the acronym. The function returns the acronym in uppercase.

This program defines a function called fahrenheit_to_celsius that takes a temperature in Fahrenheit as input and returns the equivalent temperature in Celsius. The conversion formula is:

The function is then tested with two input values: 32 and 212, which should produce output values of 0 and 100 respectively.

The list of characters is then shuffled using the random.shuffle function, and the first length characters are selected to create the password. The password is returned as a string.

To test the function, we generate an 8-character password and print it to the console. You can modify the length parameter to generate passwords of different lengths.

This program starts by printing the game instructions and asking the player to enter their choice. The player’s choice is then stored in the player_choice variable.

Finally, the results of the game are printed to the console. You can modify this program to play multiple rounds of the game, or add additional features like a score counter or a play again prompt.

To print coloured text in a Python terminal, you can use the colored library. Here is a simple example of how to use this library to print some coloured text:

The available colors are: ‘red’, ‘green’, ‘blue’, ‘cyan’, ‘magenta’, ‘yellow’, and ‘white’. You can also use the on_color argument to specify a background color for the text.

You can install the termcolor library using pip:

Note that this library only works in terminal environments, and will not produce colored output when run in an IDE or a web-based interpreter like Repl.it.

To generate QR codes in Python, you can use the qrcode library. Here is a simple example of how to use this library to generate a QR code image:

This program imports the qrcode library and uses the make function to create a QR code image containing the specified data. The make function returns a QRCode object, which has a save method that can be used to save the image to a file. In this case, the image is saved as a PNG file.

You can install the qrcode library using pip:

You can also customize the appearance of the QR code by setting various options on the QRCode object, such as the error correction level, the image size, and the border size. For more information, you can refer to the documentation for the qrcode library.

This program defines a list of sentence templates, which can be used to construct a random story. The program then chooses a random number of sentences (between 3 and 7) and selects a random subset of the templates to use. The selected sentences are joined together to form the story, which is then printed to the console.

You can modify this program to generate stories with different lengths or themes, or to use more advanced techniques like natural language processing to create more coherent stories.

Note that the input function returns a string, so if you want to store the inputs as numbers (e.g. integer or float), you will need to cast them using the appropriate type. For example:

This will store the user’s age as an integer rather than a string. You can use the float function in a similar way to store the input as a floating point number. 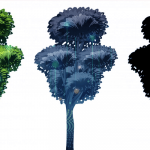 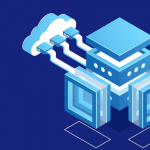 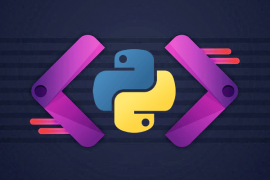