Internet of Things Business Opportunities for 2022: How to Develop a Startup Successfully

Internet of Things, or IoT, is a trend you heard of regardless of the industry you e-business belongs to. IoT is a technology that unites all devices connected to it and thus allows constant exchange of viable information in between them. Any web-enabled device can become an IoT device, starting from a smartphone and ending with a smart car. The point is the device uses its embedded systems to acquire relevant data from the environment, process it and then transmit to other devices in need.

In this article we’ll discuss why IoT is among the top trends on the market (and not just the digital one), the opportunities it opens and how to adjust them to your business.

How Does IoT Impact Businesses?

The amount of businesses that apply to IoT has grown exponentially. The causes for this tendency are countless. Yet, we’ve singled out the most significant and universal of the IoT’s benefits fitting your e-business regardless of the niche it represents.

IoT technology is in the very middle of progress. Not only does it catalyze positive shifts in other technologies but is itself improved by every new advance of the digital world. Rapid development of computing technologies makes IoT ecosystems more accurate and proactively responsive. Alongside, thanks to their sensors, actuators, appliances and other embedded systems IoT devices are the best supplies of various data that is used as a source or further revolutionary ideas’ generation.

Such a potency in IoT’s development attracts investments at a quite stable and promising rate, while embedded systems, implemented in IoT, especially sensors, become cheaper.

We have already mentioned that there is no limit as for the niche where Internet of Things is implemented. Wide functionality of the IoT solutions will contribute to the boost of every product’s capabilities. Furthermore, IoT connects different industries. For example, B2B marketplaces can use IoT to directly connect to Industry 4.0 and get the needed products. To achieve the purpose, the IoT’s techstack permanently engages its detecting, tracking, and monitoring abilities.

Additionally, the mechanism of IoT enables enhanced real-time analytics thanks to artificial intelligence’s contribution and the advances of 5G.

IoT is like social networking for web-enabled devices. Namely, this technology catalyzes the genesis of useful connections between all kinds of web enabled devices with the help of which necessary information can be received promptly and efficiently. At the moment there are already more than 200 applications for IoT created by multifarious companies, from start-ups to large-scale ones. No wonder. Regardless of the industry, manufacturing or telehealth, mobile sector or smart cities, implementation of IoT means evolutionary approach to a business’s inner solutions and user experience.

As the range of advantages provided by the Internet of Things enhances, the IoT network covers more and more devices. According to the latest reports, there are going to be 43 billion IoT devices by 2023 and 75.44 billion by 2025.

The Internet of Things is the technology that has proved extremely useful not only for the realm of business, but for the world itself. It’s not a secret that we, as a global society, have got a lot of various issues mainly connected with the environment and the general quality of life. Luckily, technological progress is on the go as well, offering us innovative solutions of efficient problems’ management. As long as one of such timely ground-breaking solutions is the Internet of Things, let’s take a quick look at the exact ways of its positive contribution to the global issues’ overcoming.

Now that we have seen the ways in which the Internet of Things can be used in different fields except for the one it originally belongs to. Still, the digital world already considers IoT one of its major players, mixing and matching this technology with other IT game-changers that can center on the next points:

As the main principle of the Internet of Things lies in gathering and processing data, it is a perfect match for Big Data technology. An incredibly wide scale of integration in all realms of human life allows IoT to gather big data in every sphere connected with technologies, which nowadays is literally any.

The data learned by IoT devices can also be used to teach other computer systems.

The whole point of machine learning refers to building predictive models based on the analysis of the received data. What distinguishes Machine Learning algorithms among other analytical modeling systems is their ability to evolve in the process of learning. Of course, the quality and quantity of the data determine the relevance of the received predictions. That last is especially critical in such industries’ cases as medicine, or road traffic. As IoT devices are permanently contactable and gather data in real-time regime, they are the best supplier of the “raw material” for the Machine Learning system.

While the Internet of Things has given a boost to the information gathering and processing capacities, the level of responsibility grew as well. Traditional security mechanisms are not sufficient when it comes to the IoT due to the scale and fluidity of the operated data. Fortunately, a solution that can handle this tall order exists. Blockchain is an efficient and secure method of processing IoT data. First, it is a decentralized distributed database so that no misuse of authority happens. Second, Blockchain protocols guarantee protection to the stored data.

Here is the list of companies that have successfully integrated IoT in their products:

Let’s take a bit more precise look at the business opportunities that are available thanks to the implementation of IoT.

A healthcare software development company is another potential beneficiary of the Internet of Things’ technology. Specifically, IoT contributes to optimization of the whole medical process in general and patience-doctor interactions in particular.

Another few business ideas with the IoT integration:

Finally, as the reasoning for the Internet of Things implementation is given, we can take a look at what to look at when integrating IoT in your business.

Vitaly Kuprenko is a writer for Cleveroad. It’s a web and mobile app development company with headquarters in Ukraine. He enjoys writing about technology and digital marketing. 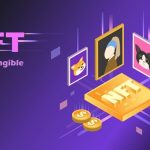 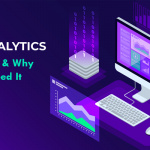 Data Analytics: What It Is and Why You Need It 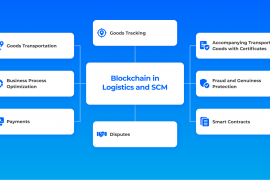 How to Use Blockchain and IoT in Logistics and Succeed?